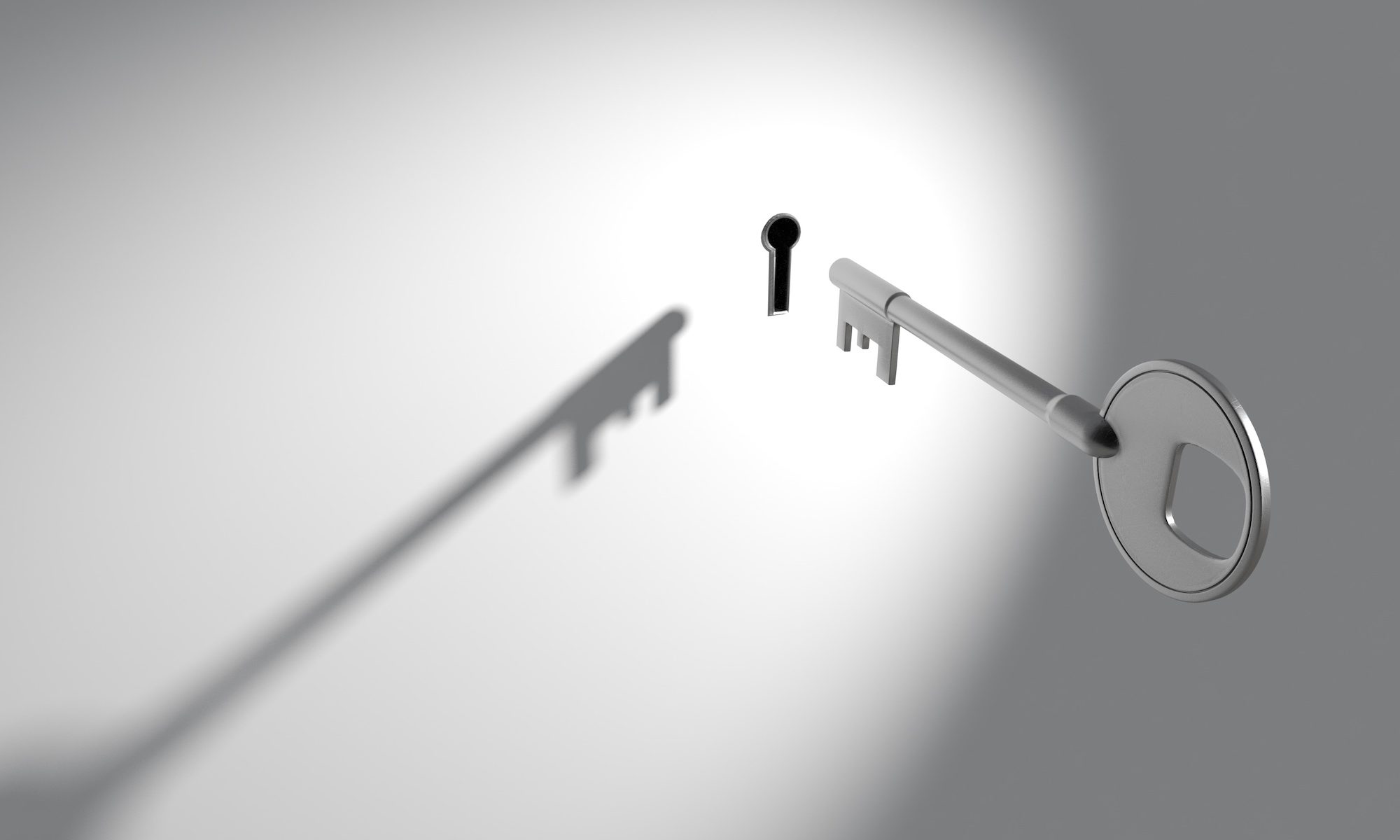 A few days ago, I came across this article that shockingly (for me, anyway) told the story of a young Norwegian woman who tracks Instagram’s dark web for anyone at risk of attempting suicide. This young watcher (she is only twenty-two) scrolls through her Instagram feed looking for signs of imminent suicide attempts on the more than 450 accounts she’s been given permission to follow. She intervenes when she believes it necessary to do so based on the type of content posted. Despite not being formally trained in mental healthcare, she alerts the police and ambulance services requesting them (sometimes pleading with them) to further investigate those individuals she identifies as critically at risk of suicide. Some of these professionals don’t always take her claims seriously. Sometimes lives are lost.

Driven by her desire to prevent people from dying and despite or maybe because of her own former mental health issues and intimate knowledge about both the lure and dangerous side of the dark web, she scrolls on her phone for hours at a time watching out for people in trouble, never mind the toll this takes on her own mental health.

Suicide prevention is not a job for one person. Single-handedly, no one can prevent young people from being lured into the secretive world of the internet’s dark underbelly that 24/7, lures young people into both a false sense of positive support, but more disturbingly, the encouragement to post even more extreme self-harm content to earn likes and attention. Whether as part of a secret community or prodded on from others further afield, users are taken to the brink of death over and over again, only to step back, until some actually do step off the virtual cliff and kill themselves. Young people have even started to record their deaths online as part of this more outrageous behaviour.

While this BBC news story highlights the investigation by the Norwegian state-owned broadcaster NRK into these secret Instagram accounts following the suicide of a young woman who filmed her death online (she belonged to this secret world on Instagram), it also tells the story of her mom and the deep regret and anguish she now lives with, having decided not to talk to her daughter about her Instagram use, despite her suspicions something bad was going on. She was too afraid to talk to her daughter. You can learn more about her story in this BBC video.

Instagram is not the only platform young people are using to post suicidal thoughts and behaviour. The dark web is so dangerous it should be a warning to any parent who may be feeling complacent about their child’s mental and emotional wellbeing and safety. Just because there are no obvious signs kids are in trouble (they are great at hiding things) doesn’t mean that they’re not. While news stories may focus on young people who’ve had obvious mental health problems that deludes parents into imagining that what they see happening to other families won’t happen to them, this just isn’t always the case. Ask any parent who has been rocked to their core by the suicide of their child (probably most if not all of them).

I lost my daughter in 2005, in part to her accessing the dark web of the time that wasn’t as insidious as it is today. Nor was information as publicly available as it is becoming today to warn parents of the dangers. You can learn more about my story in this video.

Just having information is not enough. For every suicide of one young person whose story does make the news, there are countless other suicides going unnoticed. This should be a wake-up call to every parent who thinks their child is far removed from the same danger that is in my view, a global crisis. In response to the increasing numbers of users of these secret suicide accounts, Instagram stated in early 2019 that they were going to stop recommending those who posted harmful content to other users. But they didn’t. The NRK alone is currently tracking at least 45 new accounts per week.

The recent mini-documentary by BBC (same video) expressing the concerns of parents who have lost children to suicide and blame Instagram for not doing enough to eliminate the problems, reveals Instagram’s views are mixed about use of their platform. According to Tara Hopkins, a public policy lead, and despite her rather trite comment that as a mother herself, she can only imagine the pain and anguish of the families “affected”, Instagram wants users to be able to express themselves in an effort to NOT stigmatize the tough times they may be having (though they do recognize the need for users to be safe). To try and achieve this balance, they use “machine learning” and human reviewers to flag content. It’s no surprise that images are missed and machine capability is lacking when it comes to deciphering the increasing use of abstract images to post the same harmful content.

As an aside, China is using artificial intelligence created in Amsterdam that detects and flags specific messaging that is then sent to hundreds of volunteers throughout the country who immediately act on suicide prevention and rescue measures. The use of this AI saves about ten people per week. All told, is this and/or any other internet controls enough? No. Not on its own, though I truly hope that the rest of the world will catch on to the AI currently being used in China.

No one ever sees a suicide coming

It does everyone well to remember that the dark web can creep into anyone’s life. For our young people, whether on their own or belonging to a secret group, the internet’s dark underbelly is there to be accessed. If you know how.

I was only alerted to my daughter’s online activity by the police after her death. Before this, I had no idea these sites existed. While the police erased all evidence of her history on whatever sites she had been active on before returning her computer to me, I managed to gain access to one suicide board soon after her death, in the hope of finding some trace of my daughter there. While there was none, I saw for myself the reams of encouragement and specific instructions on how to successfully complete suicide offered to anyone who wanted the information. This community included medical and other professionals, young, articulate adults and even teens, despite the age restriction. Everyone sharing their innermost thoughts about their intentions to die hid their feelings from everyone in their physical life. Everyone’s biggest fear was that they wouldn’t succeed at dying.

Today, because the topic of suicide is becoming more newsworthy, parents have an opportunity to monitor their child’s mental and emotional health in a more open and truthful way. While it’s natural for any parent to want to dodge all worry and instead, pray and hope like heck their kid is okay, many of our children aren’t, as evidenced by the sheer numbers that are increasing of those accessing the dark web. These same young people are trying to navigate the dark and lurid waters of the something that is just TOO big and scary to handle alone, if at all. As a result, they are making riskier choices when it comes to self-harm and even death, which I am certain can be prevented in many cases.

As a bereaved parent, I know for sure that we cannot assume our children know that we love them and will protect and support them through everything. I was astounded to discover that my daughter doubted how much we loved her or would miss her if she were gone. In fact, this was a common theme on the suicide board I accessed. While I deeply appreciate all the conversations I did share with my daughter, I regret not knowing her better. Not finding out what she was really feeling and thinking. What she feared most. What she really needed and wanted. I can’t get that time back.

For parents who still have all of their kids and have even the slightest worry that something is wrong, or you just want to get to know them better, TALK to your kids. Find the courage to ask each child the tough questions. Have conversations about death, suicide and the mental health struggles we all have. You can bet they’re already thinking and talking about these things anyway.

Don’t leave your child’s health and life in the hands of only health professionals who quite frankly, are overbooked and often not trusted by young people anyway. In fact, this recent Canadian news story about a young student reaching out for mental health assistance at her university, instead found herself handcuffed and carted off to a hospital by the university police. No wonder our kids don’t want to share their concerns.

All of us as a community have a responsibility to help our young people trust that they are always safe. That they feel they will be heard, not judged. That they will be helped, not harmed. Hindsight is good. Foresight is better.

For more information visit vonnesolis.com and goodgriever.com. Click here to view my video on The Dark Web.

Photos: Feature Image by Arek Socha from Pixabay, all other images pixabay.com